Often, ERP implementations require some custom programming to deliver to your exact needs. In older ERP versions, customization was big with a ‘more the merrier’ approach. In recent years that has changed with over customization no longer being as trendy as it perhaps once was because the standard versions themselves have come a long way and should suit a variety of applications.

So, why is customization still a topic of heated discussion? To cater to a sophisticated business process, not typically supported in a standard ERP system, the go-to solution is custom code. And it’s certainly not a bad idea when justified. Many big names in the industry still maintain that any ERP solution is only as good its exact fit for your business. The problem lies in the fact at a large number of ERP systems are still too generic when out-of-box. To suit a business, any business, they need customization. While that might seem like a good idea at first look, for cost and fit reasons, you’re probably going to face a few issues as time goes by.

Here is a list of what we believe some of those issues could be.

1. It could mean increased risks and costs of implementation
Writing custom code and testing it, then fixing all the kinks, is expensive. The more you depart from the standard edition, the more likely it is that things will take longer, adding more dollar signs to your project. Often, even a little change can cause other parts of the software to malfunction (regression). Regression testing adds more time and money to your bottom line estimates. This also brings with it greater risks because there may be issues that haven’t been found by your implementation team, which may become apparent after ‘go-live’, making for downtime and more costs!

2. It could make for more complicated upgrades
The more complex your customizations, the more complicated your maintenance. Every patch you deploy brings the risk of something going wrong. And when you’re upgrading, chances are you’re going to need more customization to get your business process to run anyway. ERP deployments often last a decade with upgrades every couple of years. Think about what that means in the long term if you’re heavily customized!

3. You could be locked-in to one vendor
Theoretically, the more standard your version, the more your options of vendors and the greater your flexibility to change from one vendor to another. When customizations are in the picture, you need to be aware that you are significantly cutting down on your options. Primarily because ERP vendors are reluctant to take over something they did not develop. While this is not an absolute rule, it does increase your chances of being married to one vendor ‘for better or for worse’!

4. It could be less intuitive for users
Regardless of how well trained your users are during your implementation, they are going to run into a few roadblocks over time. In more standard versions, the solution is as simple as hitting ‘help’, but in customized versions, it’s unlikely to be that easy. Remember the ‘help’ database will likely only cover the standard issues and not your customizations. The answer might require poring over user manuals developed for you. Time-consuming and inefficient!

5. You could be losing out on best practices in modern, standard versions.
Often, out-of-box versions, especially the more modern ones that take into account verticals, represent industry best practices. It’s a lot more sensible to adapt your way of doing business to industry standards rather than to commission custom code to support what might be your less-than-ideal way of doing things now. While that might sound harsh, it certainly is worth looking at your processes at major overhaul times like when you’re implementing new ERP. The exception to this rule is anything which supports your competitive advantage. In that case, go ahead and customize away!!

We believe good business software must be built on the business it serves. So we align our systems to the proven processes our customers have already developed to make their business successful and profitable. 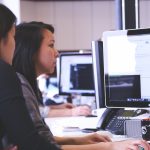